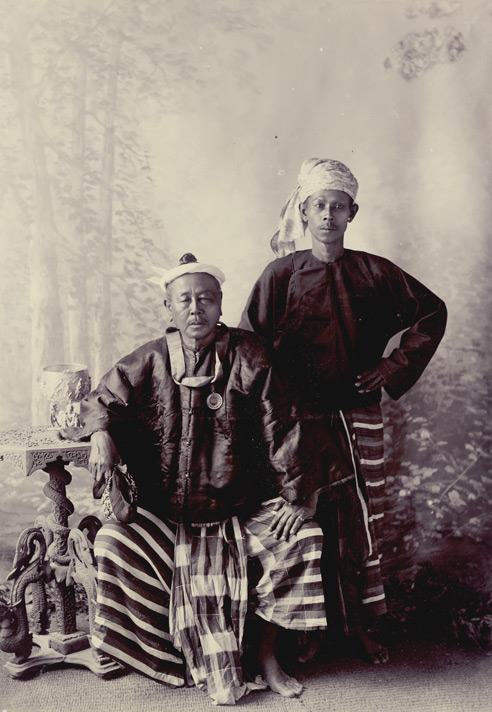 An unidentified minister of King Thibaw

With the anticipated cabinet reshuffle next week, there may be some debate about who is really a "reformist" and who is "anti-reform". The same was true in the late 1870s and early 1880s, when the Yaw Mingyi U Po Hlaing and the Wetmasut Wundauk attempted to push "modernizations" in the face of opposition from the Taingda Mingyi and other "conservatives". This is a photograph, taken after the fall of Mandalay, of an unidentified minister of King Thibaw. You can see he is wearing an early version of the current Myanmar men's jacket, based on the Manchu (Qing dynasty) riding jacket.